Golden Nuggets: Clearing things up during the bye 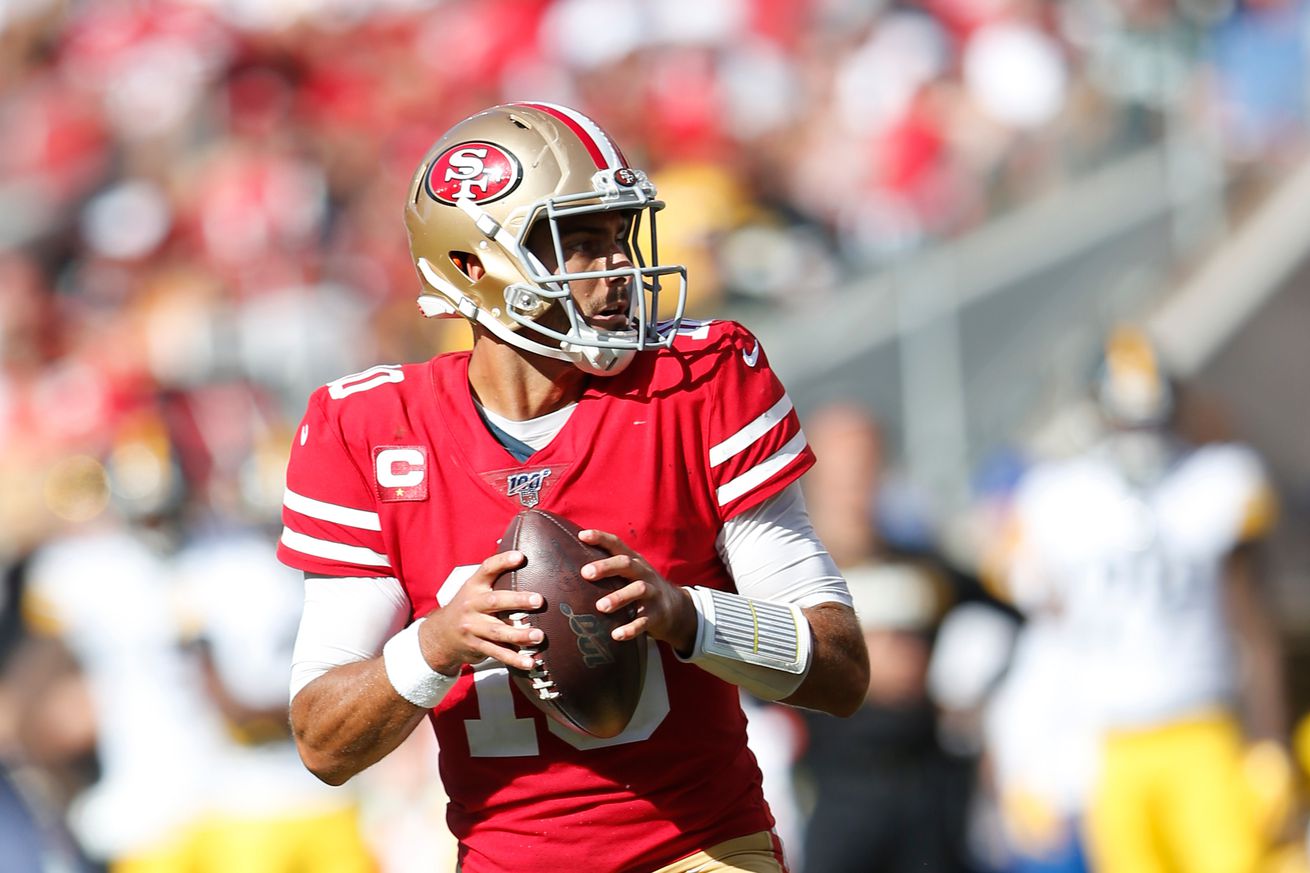 Thursday, September 26th, 2019 edition of the Golden Nuggets, a daily compilation of San Francisco 49ers links from the Internet

The 49ers head into their Week 4 bye with a 3-0 record, which they have not done since the 1998 season. They are gaining confidence that they can compete for a playoff spot as they are one of seven teams with an undefeated record. The defense has been playing extremely well and Jimmy Garoppolo looks to be getting more comfortable with his knee.

Even with the 3-0 record, the 49ers have a few things that they need to fix. The biggest issue is the turnovers. Turnovers especially interceptions has been an issue since Kyle Shanahan has been head coach. Jimmy has already thrown 4 interceptions this season and a couple of them have been just really poor decisions. In total, they have 8 turnovers in 3 games with 5 coming against the Steelers. While they are still winning these games, good teams do not turn the ball over so if the 49ers expect to be in the hunt at the end of the season, they will need to clear up their turnover issues.

The other issue is all the drive killing penalties. They have had a few touchdowns come off the board. The offense has been good at sustaining drives, but penalties have stalled them or taken points off the board. Kyle has been doing really well with the play calls and if they can stop committing penalties, they will be a really potent offense.

The 49ers should feel really good about their undefeated record considering how the last few years have gone. If they come out of the bye week with these issues cleared up, they will compete for a playoff spot and could make the playoffs for the 1st time since 2013.

The return of the defense (Inman)

Moving up the power rankings (Asher)