A look at the line after Week 3 against the Saints 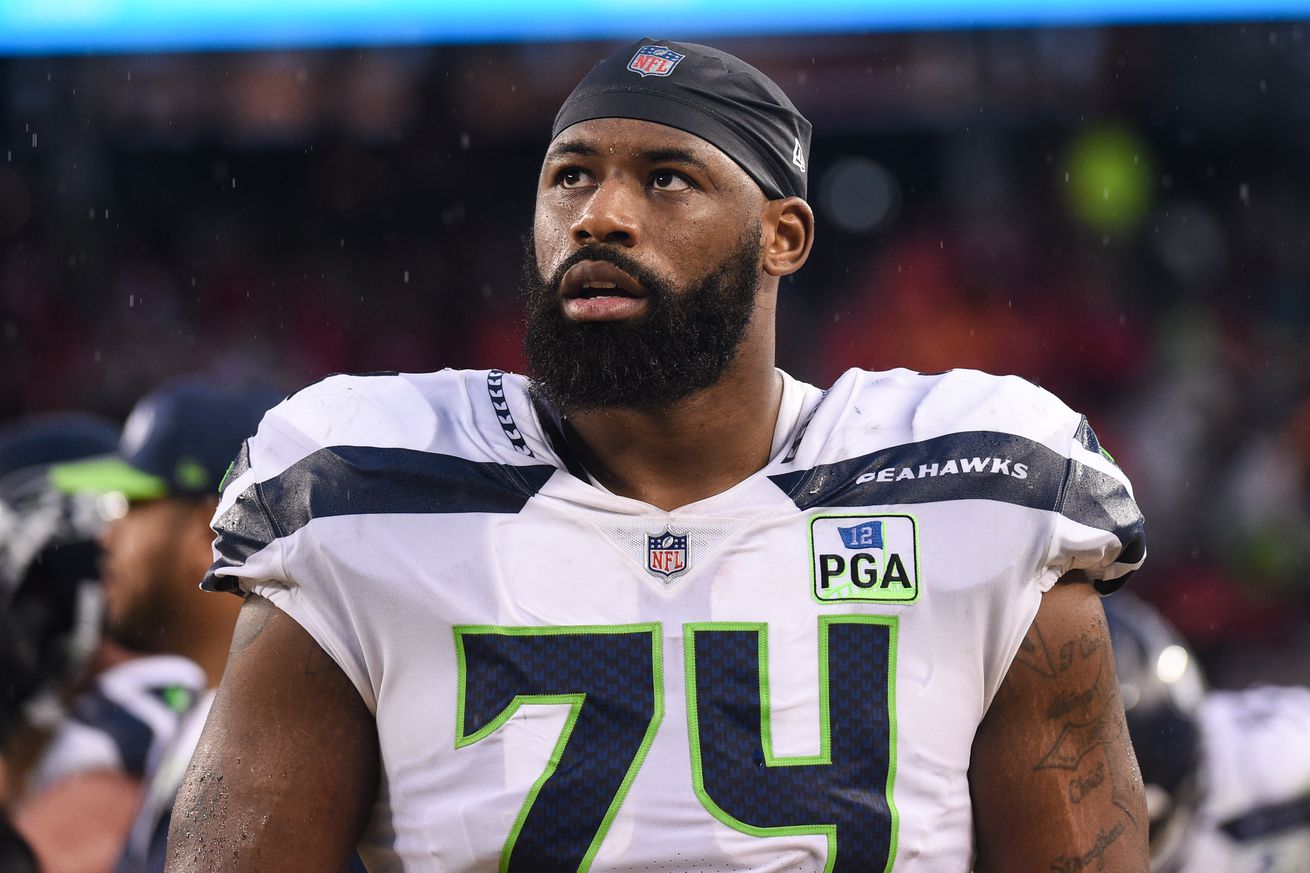 Week 3 dealt the Seattle Seahawks their first loss of the season, and part of the blame can certainly be placed at the feet of the team’s offensive line. A group expected by many to be a strength of the team in 2019, the unit has struggled through the first three games of this season. That said, Russell Wilson was able to go the entirety of the game against the New Orleans Saints without being sacked, the first time that has happened since Week 12 of 2017. In any case, as we’ll do each week of the season, let’s jump right to the rankings for the offensive line from the various sites that do the rankings things.

Pass Blocking Efficiency: 21st (Up from 30th after Week 2)

Just as a reminder, under the PFF grading scale, 60-69 is considered backup level play in the NFL, while everything 59 and below is categorized as “replaceable”.

While I did not have the Pass Block Win Ranking for the Seahawks after Week 2 at the time the review of the line after the Pittsburgh Steelers game was published, it turns out the Hawks were ranked very low by this metric. (We know this thanks to the relentlessness of former Field Gulls contributor Ben Baldwin who makes sure to ask Seth Walder of ESPN where the Seahawks rank in PBWR each week.)

To be fair, they've been blitzed a lot. If we look at non-blitz plays they move all the way up to 30th.

But that was last week, so let’s check in on where the Hawks stand after Wilson attempted 50 passes against the Saints without being sacked once.

So, as expected, the team is moving up the rankings in pass blocking metrics after a horrid start to the season. Week 4 could be an interesting matchup on this front, as the Arizona Cardinals have only seven sacks on the season. That said, in the 128 games Russell Wilson has played in the regular and postseason, he’s been sacked six or more times in 11 games, and three of those 11 games have come when facing the Cardinals.

Most recently, Wilson was taken to the ground six times by the Cards defense in the 2018 regular season finale, with all six sacks coming on third down, including five sacks on third and long. In short, for a team that is averaging 8.9 yards to go on third downs so far in 2019, it could be a long afternoon for Wilson if his receivers aren’t able to get open quickly.

That said, we’ll see whether the team looks to keep using the quick passing game that has kept Russ upright over the last six and half quarters. Alternatively, they may go away from what has kept Wilson clean and lead to Tyler Lockett recording a career high in receptions in each of the past two contests, but either way I’ll be here to yell into the interwebs about it.

Golden Nuggets: Mike McGlinchey vs TJ Watt a matchup to watch in Week 3